During a zodiac cruise at Kinnes Cove in the Antarctic Sound, my passengers started to make a request list, jokingly fortunatly. One of the requests was a penguin on an iceberg. So when I found a group of penguins on an iceberg, I decided to turn my zodiac that way.   Before the people had even seen the penguins, something else popped up in the corner of my eye. A large dark back disappeared under water. Clearly a whale, most likely a Humpback. So I turned my zodiac in that direction, hoping they would come up somewhere within sight. I turned off my engine at a fair distance from the whales (we’re not allowed to approach whales within 100m), and I could have never expected what was about to happen next. 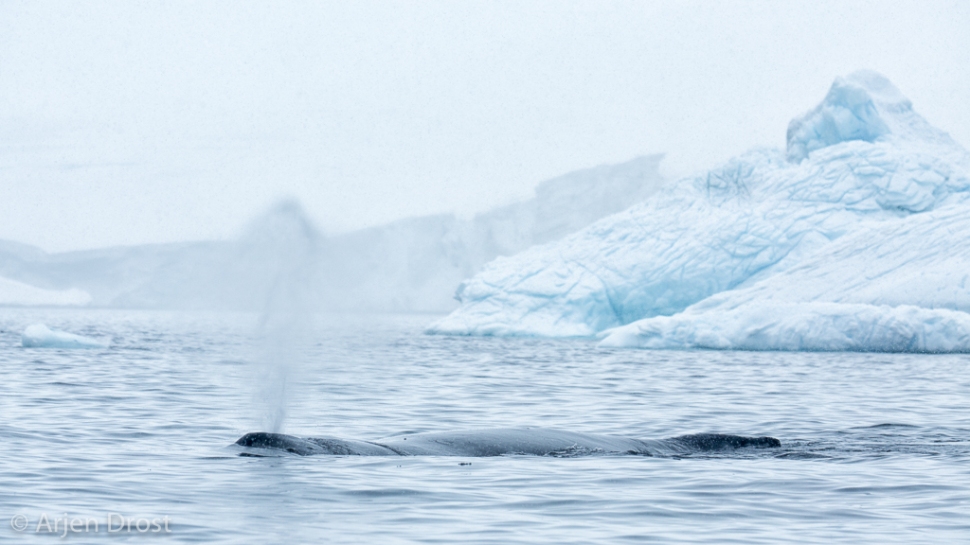 The next thirty minutes, my zodiac was completely surrounded by 6 Humpback Whales. I hardly had to move my zodiac at all, they kept on surfacing near my boat (and a few others who joined). Definitely one of my best whale encounters ever. We could clearly hear the whales exhale and a few seconds later even inhale again. At one point they were even swimming underneath our zodiacs, where we could clearly see the large white pectoral fins.

After around 30 minutes we dedcided to leave the whales again and head back to the ship. Even though we never got to see the penguins on the iceberg and a close encounter with whales wasn’t on their wish list, the mood in the zodiac was really good. The people understood this encounter was something really special, and so did I.